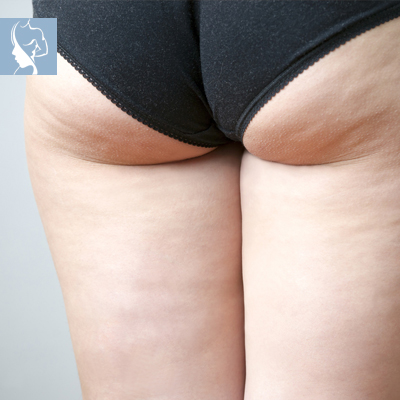 A normal, healthy adult body contains approximately 30 billion fat cells which are part of our genetic code and designed to allow us to use that stored energy in times when food resources were scarce. That may have been true for early man but not in modern society.

When more calories than are needed are consumed, the body stores them as fat. If you eat fewer calories, that stored fat should be used up, but not all fat is the same. The distribution of fat varies from one individual to another, depending on nutritional habits, genetics and lifestyle.

The theory is that stubborn fat contains lower levels of beta receptors, compared to alpha receptors, meaning the body’s hormonal countermeasure; adrenaline fails to be able to access the cells, and dissolve the fat. Sometimes, despite dieting and exercise, there are simply stubborn pockets of fat that will not budge. That is when you might want to investigate other options.

Stubborn fat is slow-metabolised adipose (fat) tissue and even relatively slim or thin people may suffer from this condition. Problem areas such as love handles, the belly, saddlebags and double chins are the usual storage areas for fatty deposits, which accumulate over time for a variety of reasons.

Hormones such as Cortisol and Oestrogen play a role in the formation of these stubborn areas of fat, and so do genetics, Insulin levels, excess carbohydrate consumption, especially in the form of over processed foods and sugars. Age is also a causative factor in stubborn fat deposits in both men and women.

Whatever the causes certain body areas are resistant to fat loss and no amount of dieting will get rid of these stubborn fatty deposits.

Cellulite affects up to 90% of post-pubertal females, this condition has become a modern-day curse, often seen as the dreaded divide between a young body, and one that has entered the slippery slope towards ageing.

Cellulite refers to deposits of subcutaneous fat within fibrous connective tissue which gives a dimpled appearance to the skin surface. It is often described as “orange peel syndrome”, “cottage cheese skin” and even “hail damage” due to the way it manifests itself. It is a cause of shame and self-consciousness among the myriads of women who have been stricken with it and curtails their desire to be seen in revealing clothes in public since it often is most noticeable on buttocks and thighs. However, it can also appear in other areas of the body.

Several factors are believed to play a part in the formation of cellulite, and It has no direct connection with being overweight.

Even relatively thin people occasionally suffer from this condition as it lies directly under the skin. It usually develops during, or after puberty, and occurs mainly, but not exclusively, in women.

It is, however, more visible in women, because of their thinner skin. Many treatment approaches have been tried and few have found any real acceptance as a solution to removing cellulite. It cannot ever be completely eradicated, but non-invasive treatments options are available at The Face and Body Place that will minimize its appearance and visibility effectively.

Liposuction and Body Sculpting Procedures, as well as Carboxy therapy, are available as a solution to stubborn fat and cellulite.

Liposuction is a body sculpting procedure that removes unwanted fat. Liposuction is ideal for patients who want to eliminate areas of fat deposits that are resistant to exercise and diet. These fat deposits give rise to unwanted body shape and are often described by patients as “stubborn fat”.

Carboxytherapy is a revolutionary new skin rejuvenation treatment, which is being touted as the biggest advance in Aesthetics since Muscle Relaxing Injectable. Small quantities of pharmaceutical grade, warmed carbon dioxide is injected below the skin in damaged areas.

Enquire about this condition

Page Disclaimer:
The information and advice published or made available through the website not intended to replace the services of a physician or health care professional acting under a physician’s supervision, nor does it constitute a doctor-patient relationship. Each individual’s treatment and/or results may vary based upon the circumstances, the patient’s specific situation, as well as the health care provider’s medical judgement and only after further discussion of the patient’s specific situation, goals, risks and benefits and . Testimonials made by any person(s) on this site are not intended to substitute for this discussion or evaluation or as a guarantee as to outcomes. Examples of treatment outcomes in this website are not intended to convey any warranty, either express or implied, as to outcomes, promises or benefits from treatment. Whether to accept any treatment of a patient should be assessed by the patient as to the risks and benefits of such procedures and only after consultation with a health care professional.

YOUR HEALTH, WELLNESS AND SAFETY IS OUR TOP PRIORITY!

To all our valued patients

At The Face & Body Place, your health, wellness and safety are our top priority! Our Practice is open and our team is available to assist you with your needs. After all, you are the reason that we do what we do! We would like to share the steps we are taking to ensure safety for you and our team!

What we are doing:

Open chat
Hello! My name is Esti, how can I assist?
Powered by